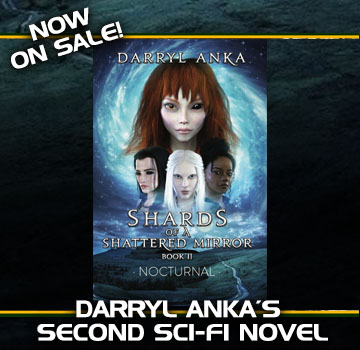 Shards of a Shattered Mirror – Book 2: NOCTURNAL is now on sale! 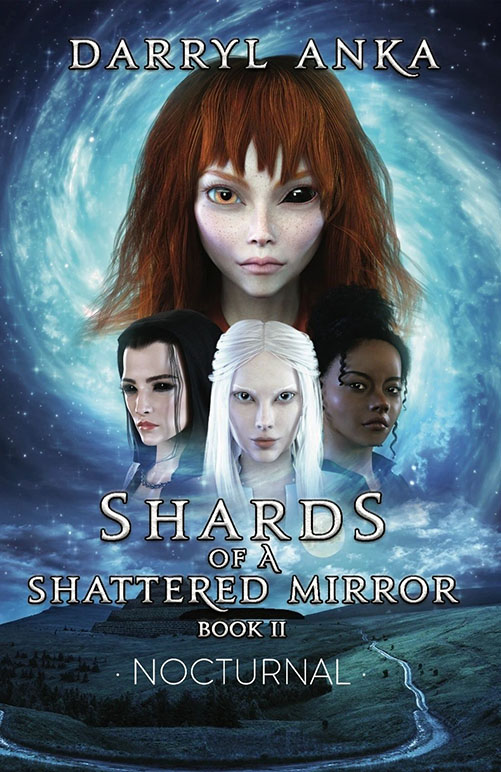 Willa Hillicrissing, now a year older, faces new dangers as she enters the Second Level of Mastery to become a Nocturnal under the guidance of Selene Nymphaea, who harbors a secret agenda to become a powerful Wraith.

Willa is plunged into a harrowing adventure filled with dark secrets, a death-defying escape to a parallel reality, and a series of horrifying murders as her nemesis, Xanthes, attempts to assassinate Willa along with her family and friends. Aided by her friend Poppy, and Opal, a young Nocturnal in training, Willa must find a way to protect her loved ones, foil her enemy’s deadly plot, and save a mysterious planet from destruction.

With the fate of the galaxy in her hands, Willa is taken to a Wraith stronghold and, with the aid of their Mastery over space and time, she’s shown two probable futures: One that leads to a new era of peace for the Alliance, and another that brings about its total destruction.

With only her new powers and her senses to guide her, Willa clings to the hope that she’ll make the right choices to save everyone and everything she holds dear.